There are also drinks in the cocktail books that are tied to politics. Among them is Ward Eight, who according to the most widespread stories about its creation was mixed to celebrate the victory of the Boston politician in the Senate elections. 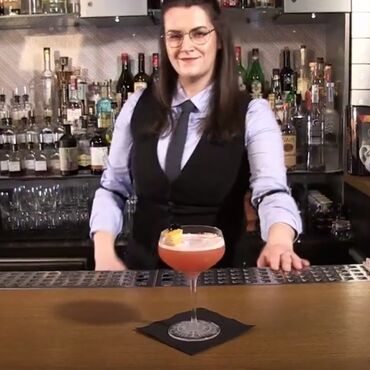 The story of a combination of rye whiskey, lemon and orange juice and grenadine is tied to the eighth Boston constituency, which also gave it a name - Ward Eight. Also located in it was Locke-Ober, the fourth oldest restaurant in the city at the time, the door of which last closed nine years ago. And this is the place where Ward Eight cocktail was created by bartender Tom Hussion. He was to do so in 1898 in honor of the influential local politician, Democrat Martin Lomasney, who succeeded in obtaining a senatorial seat. Although it is said that he did not come to his victory honestly (among other things, he allegedly handed out completed ballots in front of polling stations), but despite the various unfair practices he resorted to, he was one of the favorite politicians. In Locke-Ober, they were said to be so sure of his victory that they invented the drink in advance.